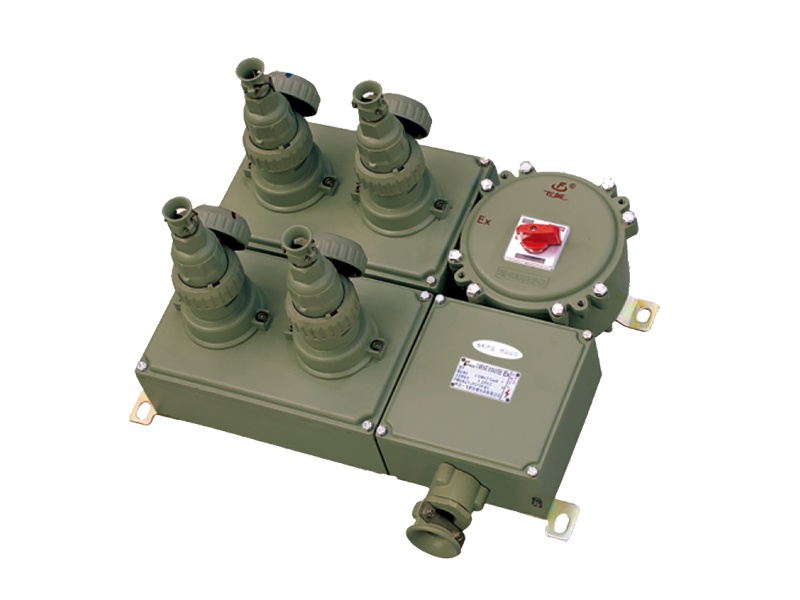 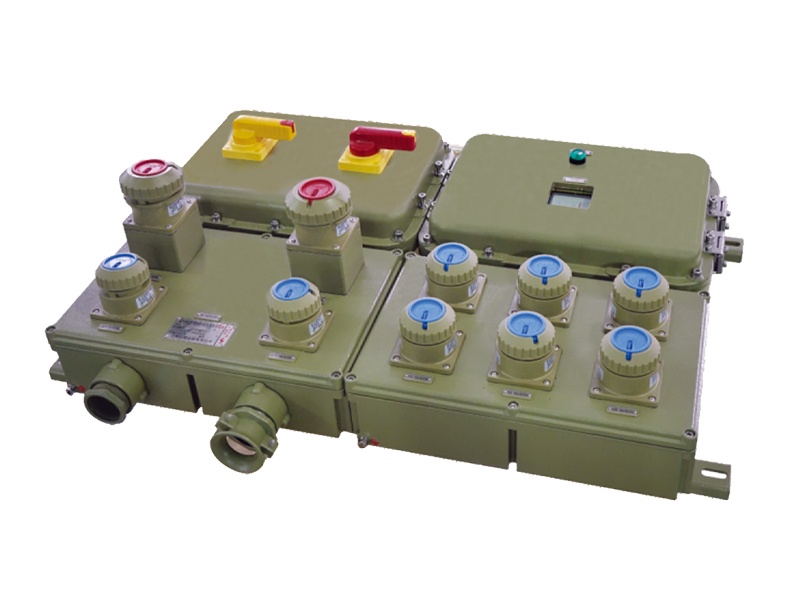 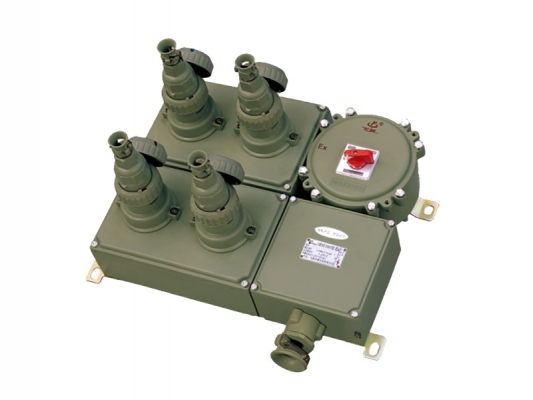 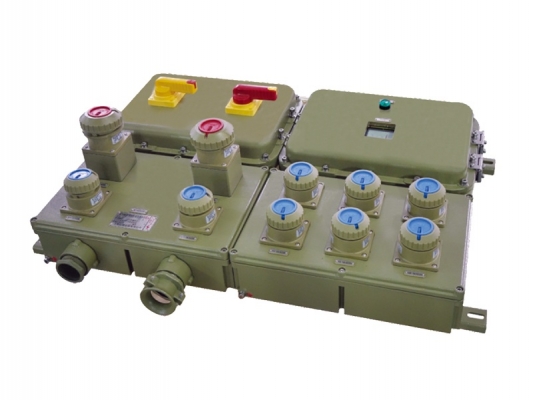 2. Applicable to Zone 1 and Zone 2 of explosive gas environment;

4. Applicable to areas 21 and 22 of flammable dust environment;

6. Mainly used for power distribution of temporary or mobile jobs

2. The component cavity is flameproof, the wall thickness is up to 12mm, and the inlet cavity is increased in safety. The modular combination between the cavities, the explosion-proof chambers are not connected to each other, reducing the net volume of the single cavity, thereby eliminating the overlap of the explosion pressure and enhancing the explosion-proof performance of the product.

4. After removing burrs and high-speed shot blasting by industrial robots, the advanced automatic high-pressure electrostatic spray and heat-curing line technology is adopted. The plastic layer formed on the surface of the shell has strong adhesion and good anti-corrosion ability.

6. The socket has a variety of specifications for the user to choose. A circuit breaker with a leakage protection function installed in the front stage.

7. The explosion-proof socket can be padlocked, and it can be locked with a padlock when not in use, effectively preventing accidental operation by others.

8. The plug and the socket are made into an electrical interlocking structure. After the plug is inserted, the rotating sleeve on the plug rotates clockwise by a certain angle, and the switch in the socket is closed, and the latch cannot be pulled out. Otherwise, the sleeve is rotated counterclockwise by a certain angle. The switch is disconnected before the plug can be pulled out. The socket is provided with a protective cover. After the plug is pulled out, the protective cover shields the socket to prevent foreign objects from entering.

10. All exposed fasteners are made of stainless steel.

11. The cable incoming direction can be made into the up and down form according to user requirements.

12. The inlet and outlet ports usually use pipe threads to configure the cable clamping and sealing device. They can also be made into metric thread, NPT thread, etc. according to the requirements of the user's site.

14. The installation method is generally hanging type, and it can be used as an established type, a seat type or a power distribution cabinet when special requirements are required.